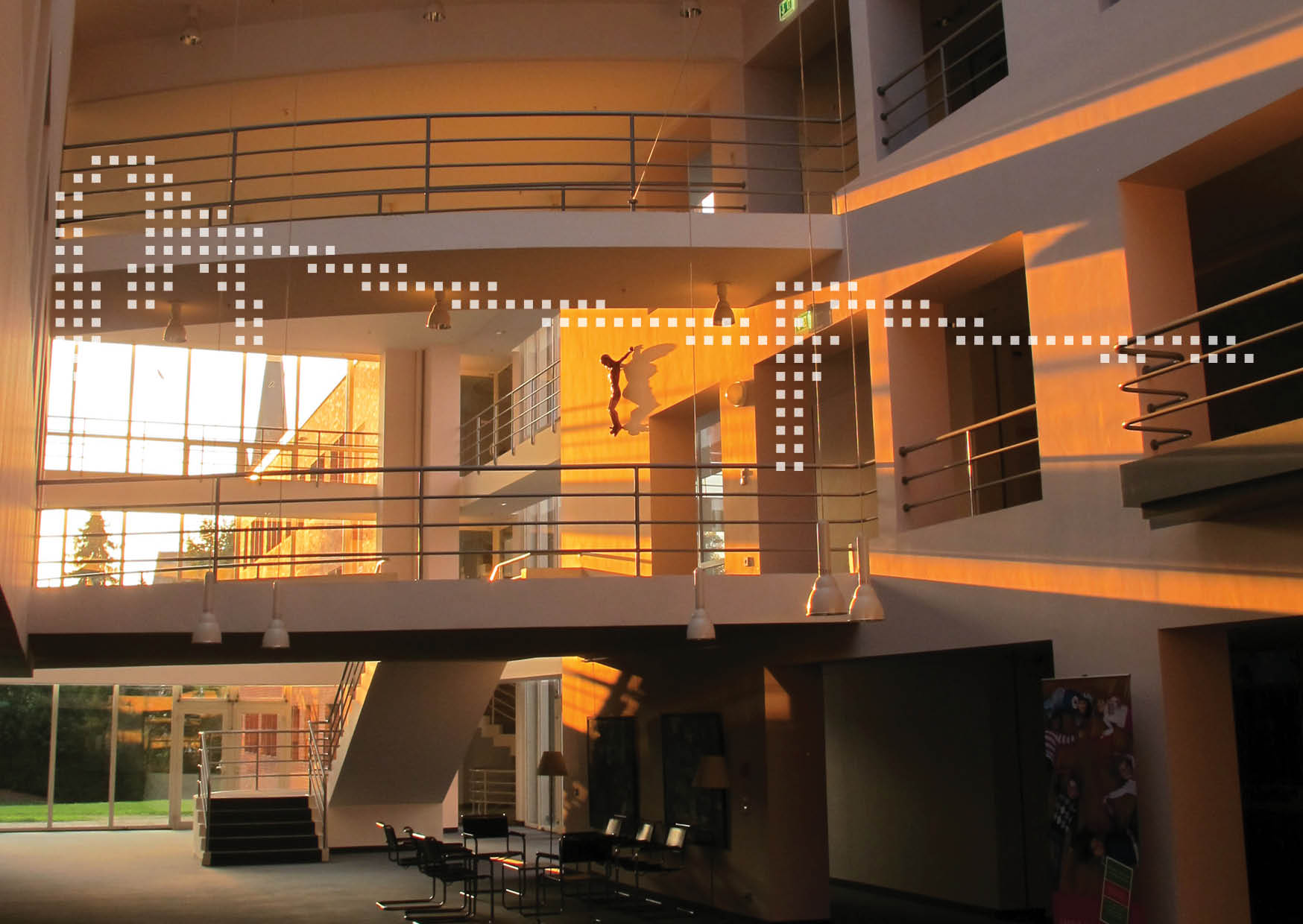 „luther lounge“ at ekd-church office
to the long night of churches on the 19th of september 2017
6pm-2pm, herrenhäuser straße 12, 30419 hanover, germany

christian symbolism lives from light. according to the biblical account of creation, god’s first action in the world was: “let there be light”. (genesis 1:3).

the new testament describes jesus as the “light of the world”: “he who follows me will not walk in darkness, but will have the light of life.” (john 8:12).

it is not surprising, that light plays an important role in christian architecture: early christian churches are oriented to the east, towards the sunrise, filigree gothic churches with their large, colourful windows also bear witness to a promising, heavenly other world, making them sensually experienceable.

today we find light much more profane in our technological everyday life. always available and controllable. necessary as a light and heat dispenser, as a transporter of information, as a reading medium for data carriers or even for editing. or to expose photos or printing plates in modern printing technology. light fascinates us: rhythmic illuminated advertisements chase for attention in busy cities – illuminated displays and screens suggest important worldwide networking on mobile phones and computers.

the sculptor of light franz betz (born in 1963) from hanover is aware of the various meanings of light and he transforms them artistically. the cultural forum in the church office of the ekd invited him to interpret the foyer of this church administration building, which was built about 30 years ago for the “long night of the churches” on the 19th of september 2014, as a “luther lounge”. what the architects axel schultes (a. o. chancellor’s office berlin) has designed in timeless generous language of form for the union of all evangelic regional churches offers space and surface with its voluminous ship symbolism and the many windows. this is where betz brings his three-dimensional works to life.

for this purpose the artist combines the light with the word from the gospel of john, which is elementary for the christian message: “in the beginning there was the word” (john 1:1). it follows the evangelical church in germany (ekd) together with its member churches and many other actors from politics, culture and tourism through the theme years of the reformation decade on the way to the jubilee year 2017, which commemorates the 500th anniversary of luther’s theses in wittenberg on the 31st october 1517.

with the latest led technology and projectors, betz interprets what has been handed down, questions and reinterprets it in the artistic freedom of his own handwriting. with his “alphabetz” he has created his own playful vocabulary of light. these 26 illuminated letters are the building blocks of a language that has (still) kept its secret while it can be easily understood.

christian religion is inconceivable without light, language and their transmission. the bible would not have become accessible to everyone without johannes gutenberg’s previous invention of printing with movable lead letters. this technique made it possible to communicate and discuss luther’s theological findings all over the world.

exactly at this point the artist franz betz starts his own language and enters into dialogue with the christian faith and theology. he invites us as viewers to look at, reflect and discover from a different perspective what seems to be old and familiar.